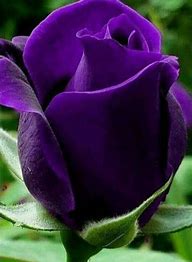 Willie Norman joined Antioch Baptist Church of Naples.  He attended Carver High School where he made his mark as a basketball star.  He graduated in the class of 1957.  Willie fell in love and married the love of his life Mary Vernetta Price, on July 17, 1956 and to this union three children were born.  In 1965, he moved his family to California and made a life there.  In 1998, he retired from Fresno Acura in Fresno, California.  Willie and Mary returned home to Naples, Texas to take care of the family.  He was last of his immediate family.

He leaves to cherish his memories his wife of 63 years Mary V. Henderson; one son Willie N. Henderson, Jr.; two daughters and one son-in-law Debra Counter, Antionette and Anthony Stokes; four grandchildren; six great grandchildren; and a host of nieces, nephews, cousins, other relatives and friends.

To send flowers to the family or plant a tree in memory of Willie Norman Henderson, please visit our floral store.