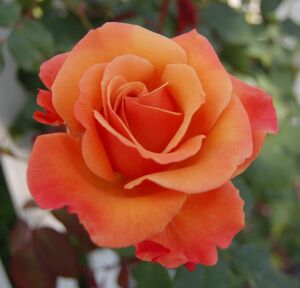 On May 6, 1922, Dimples Katherine Coffey was born, the only child to Lenora and Remus Coffey, in Mount Pleasant Texas.  From the start Dimples was a spirited child, surrounded by the infinite love of a beautiful family with many aunts, uncles, and cousins.  She enjoyed a wonderful childhood in Mount Pleasant, where she learned to swim, fish, sew, cook, and work in her mother’s garden.  Dimples excelled in athletics and school, and was a member of Mount Olive Baptist Church.  Because her father was a pullman porter on the railroad, she and her mother were able to travel extensively around the country and visit many friends and family at a young age.  Dimples was always a hard worker and a natural leader, who found her way to the middle of everything.  Her giving nature led her to spend a lot of time caring for family members such as her cousins and her elders.

Dimples graduated from Booker T. Washington High School in Mount Pleasant in 1939 and enrolled at Prairie View A&M University where she continued to excel academically and in athletics.  Dimples was always highly social, and PV was the perfect setting for her.  On that campus she met and had fun with many, many women and men who would become close lifetime friends.  She became a member of Delta Sigma Theta Sorority, Inc. and gravitated toward education as a focused field of study. Early on Dimples spotted a handsome football player who would graduate ahead of her, and whom she would run into later.

After her graduation from PV, where she was homecoming queen in 1944, Dimples pursued further studies at Teachers College at Columbia University in New York City.  At Columbia, she would earn a Master’s Degree in Education, the first black woman from the state of Texas to hold such a degree.  Also, while living in New York, Dimples heard from another PV graduate who was serving in the United States Navy stationed in New York harbor at the time.  That young man was Mr. Wister Lee, her future husband, lifelong companion, and the father of her children.  Soon enough Dimples and Wister left New York together and returned to Texas where they were married on December 23, 1946.  Wister was a football coach and educator and Dimples taught physical education.

Dimples and Wister settled in Houston Texas, started a family and held various jobs in education at Prairie View A & M University, at Texas Southern University and in the public schools of Houston.  In 1950, Dimples became a founding member of NIRSA (National Intramural Recreation and Sports Association), a group which would expand to become the primary national network for collegiate intramural sports with over 15,000 members.  Over the decades, Dimples and Wister became well known and respected as mentors and teachers in Houston’s Third Ward community.  They were active members of Pilgrim Congregational Church, Jack and Jill of Houston, Delta Sigma Theta, Inc. Phi Beta Sigma, Inc., the YMCA and several social clubs.  Together they constructed a wonderful life of Sunday dinners, parties with friends and family, barbecues, and raising their children.  Chief among their many social activities was Dimples’ membership in the Coterie, a club dedicated to friendship, fun, love and support for all family members and their friends.  Dimples was an active member of the Coterie for over sixty years, going all the way back to the glamorous Valentine’s Day balls and picnics on Galveston’s west beach.  Today the legacy of the Coterie continues to thrive.  There are Coterie children, grandchildren, and by now a few great grandchildren.

Dimples transitioned on October 11, 2020, to join her husband and forever soulmate, Wister Lee, Sr. and her first born son, Wister Lee Jr.  She leaves to mourn a son, Lamont Lee, his partner, Richard Thomas, and a host of cousins, nieces, nephews, and grand nieces, and nephews, and many great friends.  We love you Dimples.  Thanks, we had fun.

To send flowers to the family or plant a tree in memory of Dimples (Coffey) Lee, please visit our floral store.