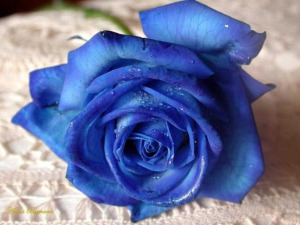 At an early age, Tomeka was a member of the Union Chapel Missionary Baptist Church, Omaha and later attended Metropolitan Missionary Baptist Church, Pittsburg, Texas.  She graduated from Paul Pewitt High School Omaha/Naples and attended Northeast Texas Community College in Mt. Pleasant.  Tomeka had worked for many years as a paraprofessional in the Pittsburg ISD and Chapel Hill ISD.  She was a Notary Public and a Tax Preparer.

She was preceded in death by her father Theotus Howard, her stepfather Jimmy Wilkerson, her grandparents Ishmael and Dorothy Ivy.

She leaves to cherish her memories and to celebrate her life her daughter Shontasmon Green, her son Sakaevon Hadnot both of Pittsburg, Texas; her mother Zeffie Wilkerson of Tacoma, Washington; her sisters and a brother-in-law Dwanita “Nita” and Craig Robinson of Jacksonville, Texas, Chondra Wilkerson Luckey of Naples, Texas; two brothers and a sister-in-law Jimmy Wilkerson Jr. and Jamie Wilkerson of Edmondson, OK, Ishmael Wilkerson of Tacoma, Washington; along with aunts and uncles Finetta Ivy of Naples, Texas, Georgia and Larry Williams of Cookville, Texas, Rhonda Ivy of Coolidge, Texas, Alma “Francine” and Rev. James Ervin of Nacogdoches, Texas, Zola Buford of Pittsburg, Texas, Weldon Wilkerson of Mt. Pleasant, Texas, Leroy and Brenda Wilkerson of Dallas, Texas, Patsy Aikins of Mt. Pleasant, Texas; and a host of nieces, nephews, cousins, other relatives and friends.

To send flowers to the family or plant a tree in memory of Tomeka (Ivy) Turner, please visit our floral store.